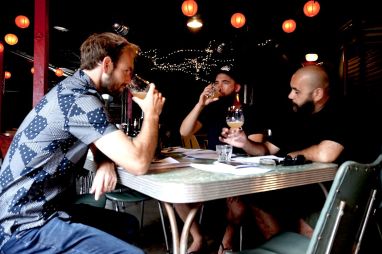 Hello, thank you for clicking on thecraftbeerking.com and reading a little about me and my new craft beer website. My site will focus on news, events, great beer and the exciting happenings of the craft beer world; particularly in South Australia.

The first offerings on thecraftbeerking.com will be a segment focusing on the people who drive the South Australian beer industry. Readers will be introduced to brewers, brewery owners, venue managers, bottle shop workers, sales representatives and the beer drinkers of the great southern state. Another regular feature, will look into my 5 favourite beers that I have drunk over the month.

Further story ideas will see two beers of the same style, pitted against each other in versus style battles, to see which beer reigns supreme.  A segment called ‘Winning Combinations’ will look at beer styles and food matching; combos that just work.

In addition to news and feature articles, there is a page that showcases South Australian craft beer events. All my social media and contact information can be found also. 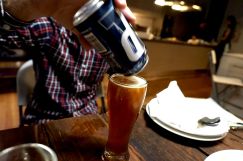 A little about who I am and how The Craft Beer King came to be:

In late 2014, while sitting on the couch with a runny nose and a clogged up chest, the idea for The Craft Beer King came to me. With the combination of my last name, King, and my love for a full flavoured craft beer, the name made itself really. When people in the industry hear the name, The Craft Beer King, their faces screw up and thoughts of “who does this guy think he is?” float around in their head. However, after a short conversation and an explanation of where the name came from, they realise that I am not actually a pretentious prick and the beery conversation can continue.

The writing side of my life only started as a small side hobby to my full time job as a primary school teacher. Now I am South Australia’s main contributor for the Crafty Pint and I have had a number of beer articles published on Broadsheet Adelaide. After a few years of hard work writing for other websites, I believe it is now time to divert some of my spare time and attention to my own site.

How did I discover good beer? This love affair began in England in 2010, where I kept a little black diary of all the beers I had tried in Europe. In this book I rated every single beer out of 10, now I won’t embarrass myself by revealing the beers I rated 10 out of 10 back then but this was the start of something.  A visit to the Greenwich Meantime Brewery inspired me; the tour showed me the brewing processes, allowed me to chew on the grains, smell the hops and most importantly drink their beer. I instantly fell in love with the Meantime Pale Ale. It led me to ask questions such as, ‘what is that tropical fruit aroma and why is it in my beer?’ And, ‘where has beer like this been my whole life?’ I quickly became obsessed and searched all over London eager to try find somewhere pouring it on tap.

Upon my arrival home to Australia in 2011, I began looking in all the local bottle shops for something new. Stone and Wood Pacific Ale was readily available nearly everywhere and proved to be the gateway beer I chose on a regular occasion. From there I progressed to IPAs and double IPAs, then to dark ales and porters and finally to stouts and imperial stouts. I now enjoy all beer styles and even attempt to brew my own on occasion. I try to monitor the craft beer scene in Australia closely, always on the look out for the latest beers and trends. This site will aim to showcase the people, the beer and the community that bind together to make the wonderful world of craft beer. Please feel free as readers on the site, to contribute ideas, craft beer related news, events in SA or anything craft beer related. Thanks again for reading and I hope to catch you all for a beer soon.